wot.io is now in the ThingWorx IoT Marketplace


wot.io is now in the ThingWorx IoT Marketplace

wot.io is now in the ThingWorx IoT Marketplace

wot.io™ is now part of the ThingWorx IoT Marketplace with an extension that integrates the ThingWorx® Platform with the wot.io data service exchange™. ThingWorx is a widely adopted IoT platform, allowing rapid development of IoT solutions and wot.io provides new data data services with interoperability across IoT/M2M platforms. Together, they are a perfect complement. 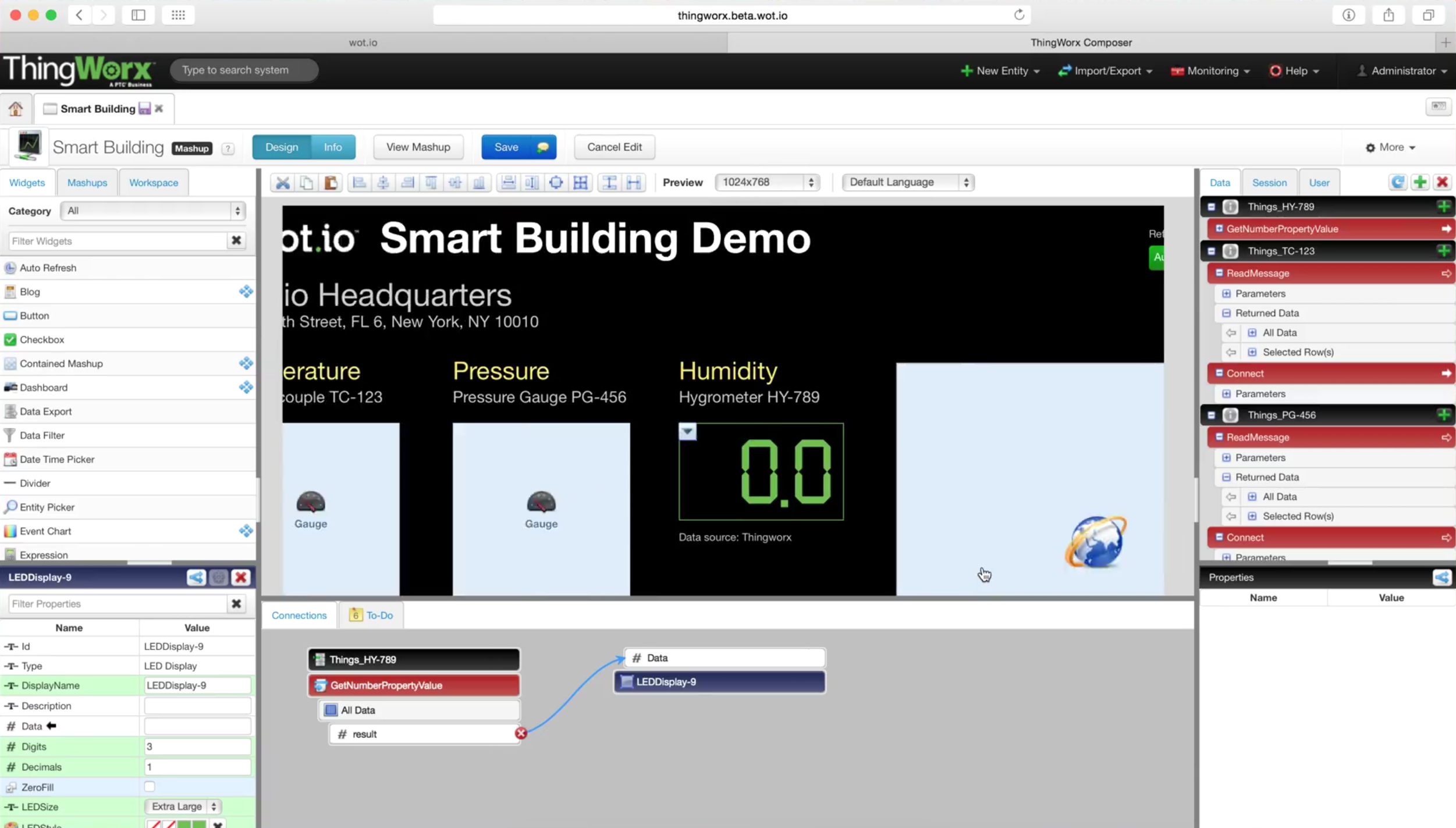 wot.io with ThingWorx enables app creators, hardware developers, system integrators and data service providers to deploy IoT projects seamlessly in the wot.io’s cloud-based operating environment. The new extension made it easy for our developers to create a mashup as one of our demos for ARM's TechCon 2015 conference. The screenshot below shows the mashup with various ThingWorx widgets, each populated with a data feed connected graphically with the wot.io extension. You can see a live version in the video on our ARM TechCon blog post.

You can find the wot.io ThingWorx extension listed in the ThingWorx Marketplace. More information about the extension, including a video demo, is available in the wot.io labs blog post on creating and using the extension. And if you are a ThingWorx user, contact us to get set up with access to a wot.io operating environment.