Science, technology, engineering and mathematics (STEM) education is key to the competitiveness of our nation in an increasingly interconnected global economy. InterDigital has been an active supporter of the STEM community and is committed to investing in the ideas and people of the future. The company’s commitment can be seen in its latest local effort - sponsorship of new wireless communications laboratories at Delaware State University.

On Tuesday, InterDigital announced the contribution of a $300,000 grant to DSU’s College of Mathematics, Natural Sciences and Technology (CMNST) during a media event held at the University’s Dover Campus. Remarks were made by Dr. Harry Williams, President, Delaware State University; Jack Markell, Governor of the State of Delaware; Thomas Carper, U.S. Senator; Dr. Noureddine Melikechi, Vice President for Research, Innovation and Economic Development & Dean of the CMNST; and William J. Merritt, President and CEO, InterDigital.

The grant funding will be used to establish three new laboratories in the University’s Mishoe Science Center: a digital and analog electronics laboratory; a wireless communications, signal processing and controls laboratory; and an advanced micro-controller design lab. The new teaching laboratories will be available for undergraduate studies at DSU beginning this fall.

“As one of the leading American companies in the field of wireless technologies, we at InterDigital depend on the work being done here at DSU and in universities across the nation to prepare young people for careers in STEM fields,” commented Merritt. “We are very pleased to be a part of the Delaware State University College of Mathematics, Natural Sciences and Technology team on a new mission to the future – a mission to ensure that our young people are well equipped to be the researchers, engineers and business leaders our economy needs.” 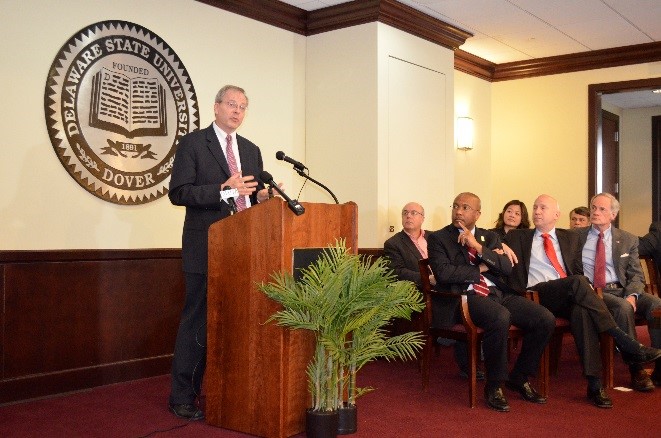 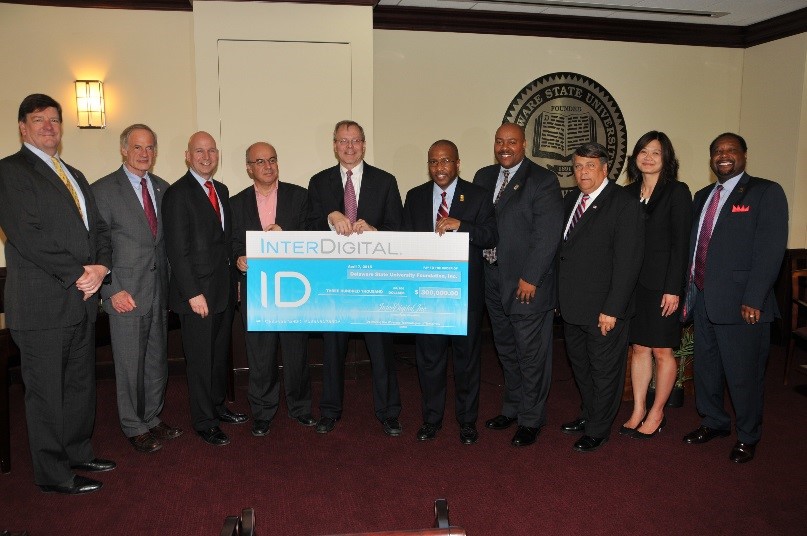 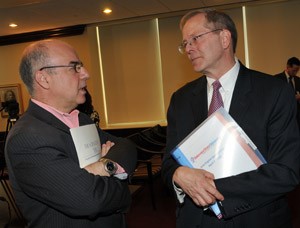