Last Spring, wot.io teamed up with a number of partners including Stream Technologies and ARM at Mobile World Congress 2015 to demonstrate an IoT Smart City solution combining data from live vehicles moving about the London area with data from the London Datastore.

We already posted the following video, which provides a good overview of what we presented at the event, but we wanted to take this opportunity to do a deeper dive to describe some of the technology behind the demo.

So this will be part 1 of a series of posts where we explore the assembly of an interoperable Smart City solution powered by wot.io and its data service exchange™.

Toward Smarter Cities in the UK

The population in the city of London, UK, is exploding and is expected to reach 9 million people before New York City. In light of that prediction, the governments in London and the United Kingdom have begun to lay out plans to utilize digital technologies to become a Smart City in an effort to help stem and even solve many of the challenges that arise from such a massive and rapid population increase.

as a first step towards freeing London’s data. We want everyone to be able access the data that the GLA and other public sector organisations hold, and to use that data however they see fit—for free.

London's passenger and road transport system is among the most advanced in the world, and was one of the first smart services that London opened to developers as part of the London Datastore initiative. The result was an unprecedented volume of open data with which to develop smart city solutions.

As part of our smart city application, we were able to find a whole section in the datastore devoted to traffic and transportation. We built adapters to read from this feed into wot.io and route near-real-time data from traffic cameras and road signs to multiple data services.

Just one of the many facets to a smarter city initiative is to learn, understand, and make decisions based around traffic patterns. Naturally, analysis and decision-logic require data. Following are a few examples of how wot.io partners are filling these needs with a wide array of ARM mbed-based hardware and software products. 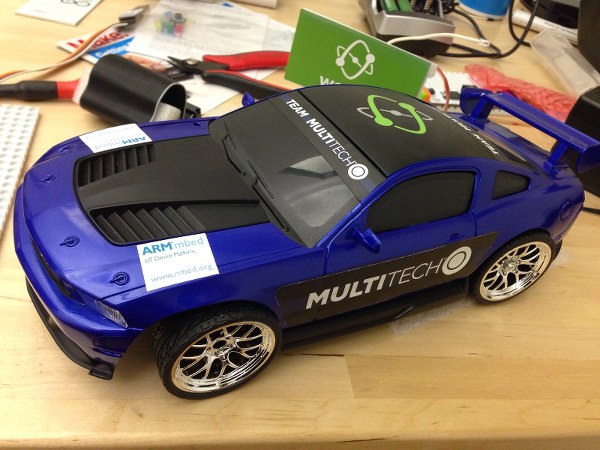 In order to demonstrate how detailed information about traffic accidents could be used to assist emergency services or even to otherwise manipulate traffic patterns in response, MultiTech placed its MultiConnect® mDots (inexpensive radios using the new Semtech LoRa™, low power, wide area RF modulation) inside a remote-controlled model car and drove it around the ARM booth. The car sent sensor info (including x-y-z plane accelerometer readings) 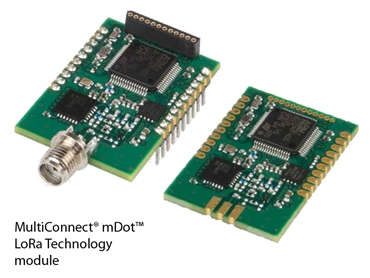 Another common requirement for smarter traffic in a connected city is detailed knowledge about the geo-location of devices embedded in vehicles.

The u-blox C027 is a complete IoT starter kit that includes a MAX-M8Q GPS/GNSS receiver and a LISA-C200 CDMA cellular module with SIM card. 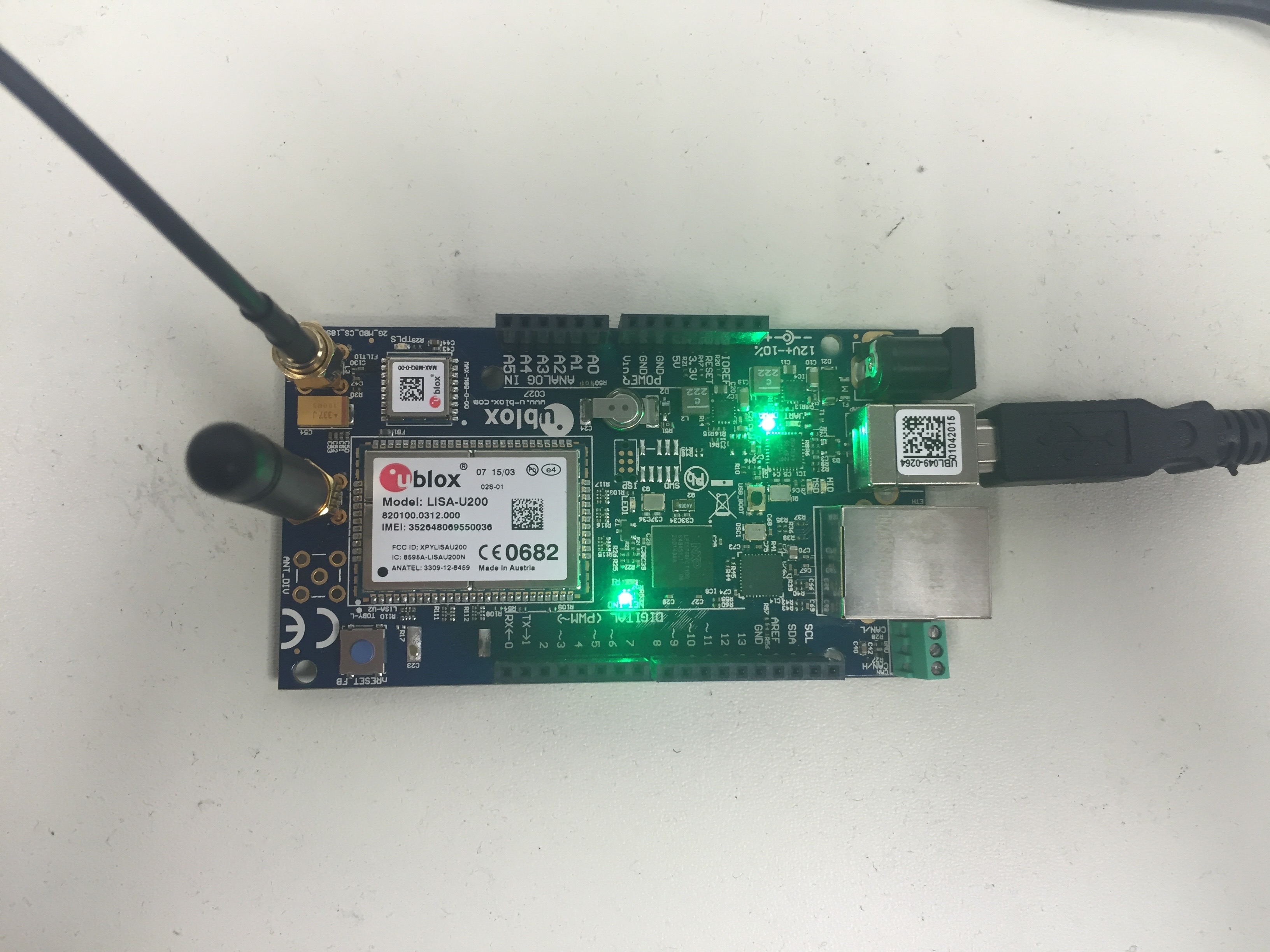 As you can see from the photograph, we added an extended GPS antenna to help with satellite reception given that we were going to be using it from inside our urban office building location.

It was easy enough to use the web-based IDE on the ARM mbed Developer Site to build a lightweight embedded C application. The application simply reads the GPS data from the GPS/GNSS receiver on the device, and sends it to a TCP endpoint exposed by the Stream Technologies IoT-Xtend™ API using the cellular modem to connect to a local cellular network. Using the cell network for connectivity makes the system completely mobile, which is perfect for vehicles driving around a city.

Ultimately, the embedded application sends JSON messages to the Stream API looking something like the following: 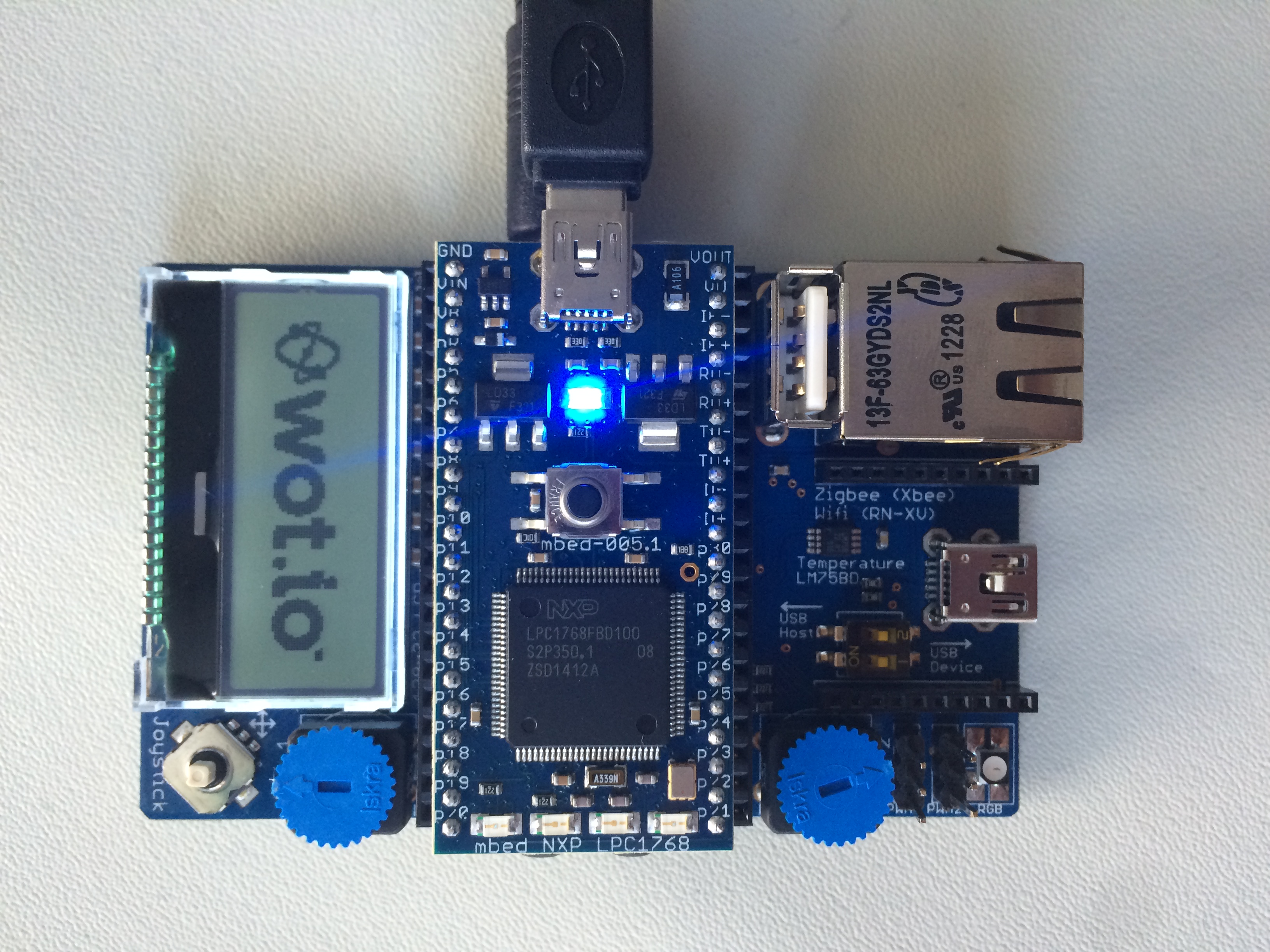 was used to demonstrate two-way communications with the wot.io data service exchange™. Ambient temperature was monitored through its on-board temperature sensor, analyzed by business logic, and sent back to the device in the form of specific commands to manipulate the device speaker and LED intensity. 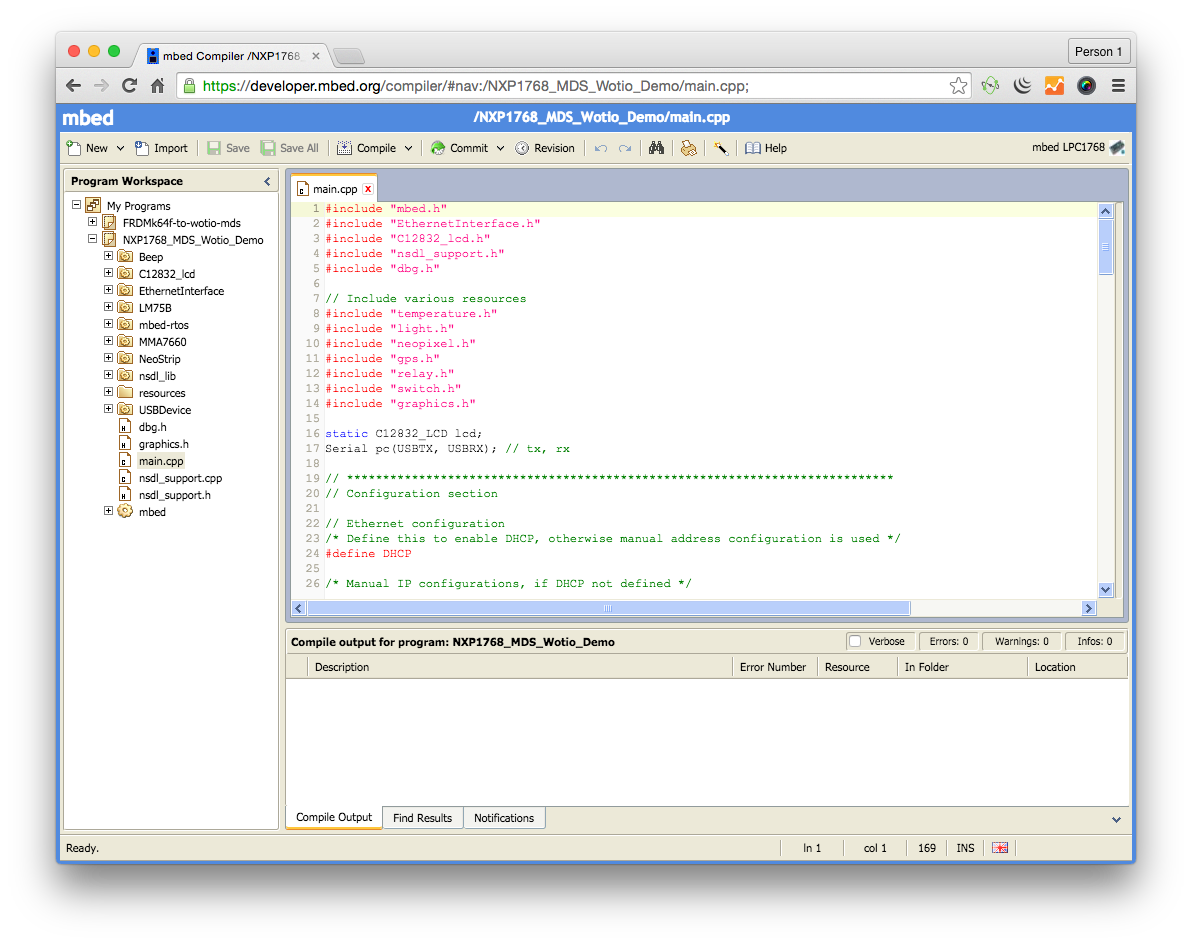 Last, but certainly not least, the demonstration also included a number of cellular-, satellite-, and LPRN-based mobile devices embedded in vehicles traveling about the city of London in real-time. The devices were managed by the Stream IoT-x platform, and telemetry and geo-location messages were communicated to the wot.io operating environment through our WebSocket protocol-based streaming data adapter.

Today we took a brief look at the diverse device and open data feed-based sources of smart city data that comprised the wot.io demonstration that we presented earlier this year in Barcelona.

Tune in next time for a closer look at how we managed those devices with device management platforms from ARM and Stream Technologies, and how their data was integrated onto the wot.io data service exchange™.